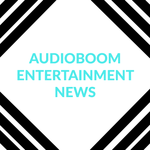 The investigations of Russian involvement in the presidential elections are expanding into additional investigations. Batchelor mentions the statement from Senator Burr of South Carolina, who will lead the Senate Sub Committee Investigation on Russian involvement in the US presidential election, has gone on record that we are in a new cold war with Russia. Cohen, in turn, raises the point that he has yet to note all the complaints of the United States that could have Washington at war with Russia and proceeds to do so and to explain why this new cold war is more dangerous: in sequence they are Ukraine, the NATO build up on Russia’s border; Kremlingate (the DNC hack), the chemical weapons event in Syria (and Trump’s missile attack response), the perception of Kremlin involvement in European elections, and finally the new allegation that Russia is “colluding with the Taliban” against the US in Afghanistan. This too is a dynamic process as the list appears to be growing…..One cannot help but ponder that as there is no real evidence emerging from these various investigations. all are just public relations exercises designed to keep the hysteria at the heights. But are the failures of these investigations not seen as the failures of the narratives? Apparently not so much.
Cohen states that this process has lasted a decade and a general attitude of “Russiaphobia” and a new cold war. The intensity of this attitude, Cohen concludes, has somehow emerged as worse than that of the Soviet era, and he explains how. He reminds that during the Soviet era there was, at least, a policy of diplomacy operating – and this time all the various narratives in operation that could bring war are unsupported by any evidenc. This may be the most dangerous aspect of this whole process that there is much less talking between these countries. Also what is missing this time is a MSM that practices real journalism that functioned as a kind of safety valve in the past that would keep any developing narrative somewhat credible. But with the media complicit in promoting the anti-Russian accusations we have instead a partnership with government where the Fourth Estate is compromised – except for some few notable exceptions in the mainstream (Tucker Carlson is mentioned). And Cohen claims that these failures are being somewhat noted and commented upon.
Batchelor does comment, however, that the media discussion is beginning to take the position that Congress is too partisan to deal with the Russiagate investigation. Cohen maintains that this may go on for years and be a major platform for a new Hillary campaign then. (This writer also assumes an escalation – perhaps blaming Russia for a declining dollar or adverse economic realities.) And Cohen notes that virtually everone has bought into this – perhaps for cosmetic/political reasons and that at some point the lack of credibility, the lack of evidence – and serious omissions, for example, by the FBI in their “DNC hacking incident” – may interfere with the narratives. And Batchelor responds that the French now have their own Russiagate with their own presidential election. A Russian based hacker group called Pawn Storm is targeting E.U. elections and is now the new bogyman in Europe. Both pundits then begin to discuss what might be called the evolution of “allegation politics” where evidence of any wrong doing is completely unnecessary to achieve an outcome.
Cohen then brings Ukraine into the discussion. Kiev has now cut off electrical power to the capital of Luhansk as a means to provoke Russia. Also mentioned is the importance to Russia of the American presence in Afghanistan. Without the American presence, that country would become a centre for jihadism against that whole region and southern Russia and yet Russia stands accused of working with the Taliban against the United States.
So the allegation politics continue to support Western insouciance. At some point does one see the rest of the unaligned world just throwing up hands and accepting that any American president will have as much legitimacy (or as little) as the whole deserves to receive? This process has achieved that much. The perverse aspect of this speaks to how the rest of the world are even more intimidated by fear of becoming a target of America as the Russians have become. We have seen now what they have done to Trump, and we will have to live in this new dangerous world with this reality that is now in the open.

What the Hell’s the Deal With the Coronavirus?

This post was published at HighImpactFlix Get my Weekly Newsletter: http://bit.ly/HighImpactFlixOfficial (don't forget to CONFIRM) A Snowflake-melting Shirt, Hoodie or...

Charlotte Pence Reacts To Trump Attending The March For Life

The One Pro-Abortion Protester At March For Life

~277~ MLK Jr. Was Assassinated By ‘Government Agencies’ & Much More